Angkor Archaeological Park continues to generate the bulk of tourism revenue for the country from its ticket sales, despite a hike in admission fee last year, as foreigners marvel at the iconic temple.

“Foreigners still come to see the temple heritage and during peak periods the place is packed. It is even hard to book hotel rooms,” Angkor Enterprise Executive Director Ly Se told The Post.

In February last year, authorities raised the admission fees for foreign visitors to the UNESCO (United Nations Educational, Scientific and Cultural Organization) world heritage complex to $37 for a single day entry, $62 for a three-day ticket and $72 for a week-long visit. Previously, the fees were $20, $40 and $60 respectively.

While tourist dollars continue to flow, , .

“It is very difficult for us to maintain a double digit growth every year, . We need to expect new arrivals and have to build more infrastructure,” he added. 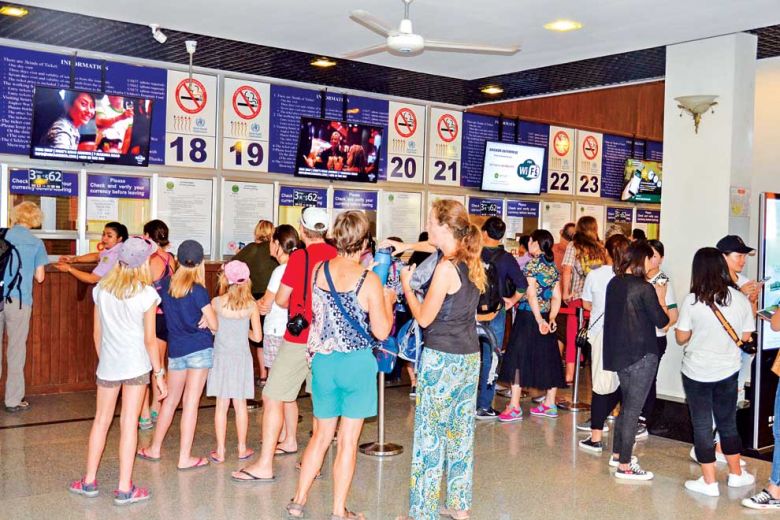 Authorities are turning to the power of technology, especially for the sale of entry tickets to the temple and to sustain a steady flow of tourists every year.

Se said the management is trying to ease ticket sales to Angkor Wat, by allowing hotels to sell and also promote online bookings, and test-runs are being carried out before these systems can be fully implemented.

At present, tourists need to purchase their tickets at the Angkor Enterprise complex in Siem Reap, about five kilometres drive from the temple site, which can be cumbersome as counters could be packed during peak season.

The government is also implementing the Tourism Development Strategic Master Plan 2012 to 2020 to develop the industry in provinces and cities, and attract more investments to improve infrastructure and create new tourism products. 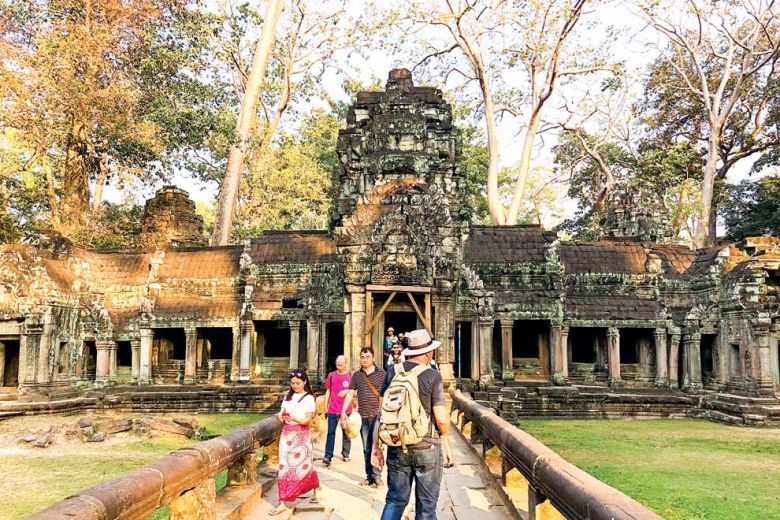 Cambodia’s tourism sector is experiencing a remarkable growth, as foreigners flock to see the country’s natural beauty and cultural attractions. Last year, the Kingdom earned $3.63 billion in tourist revenue, a 13 per cent jump compared to the previous year, according to the Ministry of Tourism.

More than three million foreign tourists arrived in the first half of this year and the government is targeting 6.2 million in 2018, and seven million visitors in 2020.

A scenic view of the temple complex in Siem Reap. Photo supplied

Last year, the total contribution of the travel and tourism sector to the Kingdom’s gross domestic product (GDP) was about $7 billion or 32.4 per cent of the GDP, and the sector created about 2.67 million jobs for Cambodians.