Known as the the ‘Roof of Thailand’, Doi Inthanon is the highest mountain in the kingdom. At 2,565 metres above sea level, the highest point in Thailand is located within the picturesque confines of the eponymous Doi Inthanon National Park. The park makes for a pleasant day-trip if you are staying in Chiang Mai[1], but if you’d like more time to enjoy the nature trails and waterfalls there is also the option to stay overnight in National Park accommodation or the nearby town of Mae Chaem.

Temperatures at Doi Inthanon National Park can be surprisingly chilly for Thailand. During the coldest time of the year[2] (December-February) early morning temperatures at the summit of Doi Inthanon can hover around zero. Thai tourists flock to Doi Inthanon during the popular cool season months to enjoy the fresh air and the opportunity to witness the unusual sight of frost in Thailand.

King Inthanon of Chiang Mai
The highest mountain in Thailand was formerly known as Doi Luang but was renamed in honour of one of the last kings of Chiang Mai. King Inthanon was a conservationist who was one of the first to try and preserve the forests of northern Thailand and also realised the importance of Doi Luang for Thailand’s waterways. He ordered that after his death (he died in 1897) his remains be placed at the summit of the mountain. King Inthanon’s ashes are contained within the small shrine which is located just beyond the wooden sign which proudly declares, ‘The Highest Spot in Thailand’.

The twin chedis were constructed by the Thai Royal Air Force to honour the 60th birthday of King Bhumibol Adulyadej and Queen Sirikit (in 1987 and 1992 respectively). The darker colour chedi with the brown tint is for King Bhumibol and is known as Phra Mahathat Chedi Nophamethanidol. The chedi for Queen Sirikit has more of a lilac hue and is known as Phra Mahathat Chedi Noppholbhumsiri. The area is beautifully landscaped with a stunning display of flowers and on a clear day provides glorious views over northern Thailand and the mountains of Burma to the west. 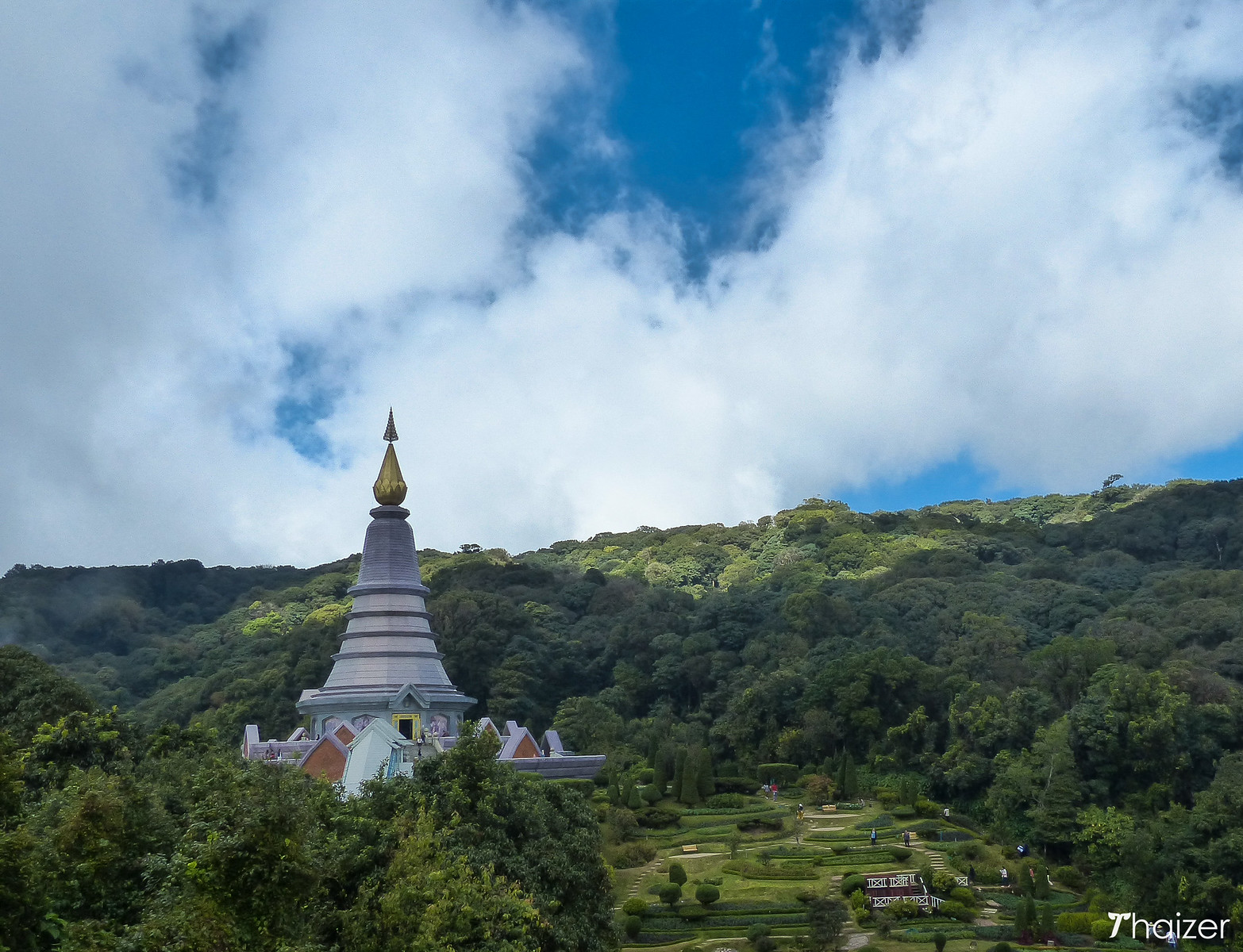 Reaching the summit of Doi Inthanon

Don’t worry if you aren’t very fit because there there is no rigorous climbing involved to reach the top of Doi Inthanon. A well-maintained road (Route 1009) leads all the way up the mountain. From the car park at the top of the mountain it is just a short walk up some steps to reach the highest point in Thailand and the shrine to King Inthanon. A small information centre provides some background on the flora and fauna of the area. The summit can be a bit of an anti-climax and the most attractive spot on the mountain is located slightly further down the road where the twin royal chedis are located.

Doi Inthanon is home to a number of hill-tribe villages and Royal Project initiatives[3]. The best-known is the Doi Inthanon Royal Project where visitors are able to enjoy the scenic surroundings and taste the delicious organic local produce including strawberries and avocados. From the Doi Inthanon Royal Project it’s only a short drive to the development centre at Khun Wang where you can discover more about the local communities and buy products directly from the source. During the cool season months, the Khun Wang area is also one of the best locations in north Thailand to see the gorgeous display of pink blossom from the wild Himalayan cherry trees known as the ‘Sakura of Thailand’. 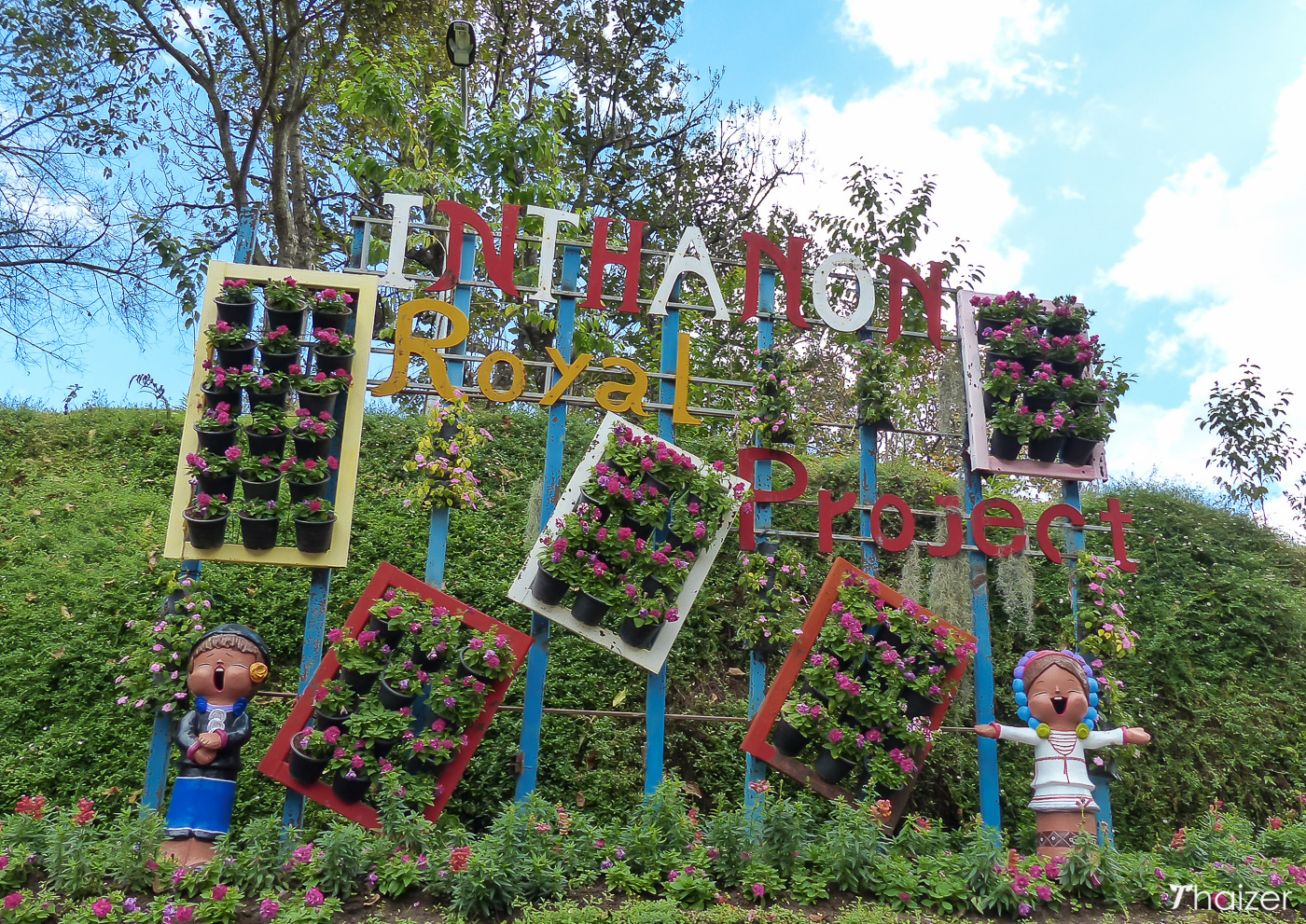 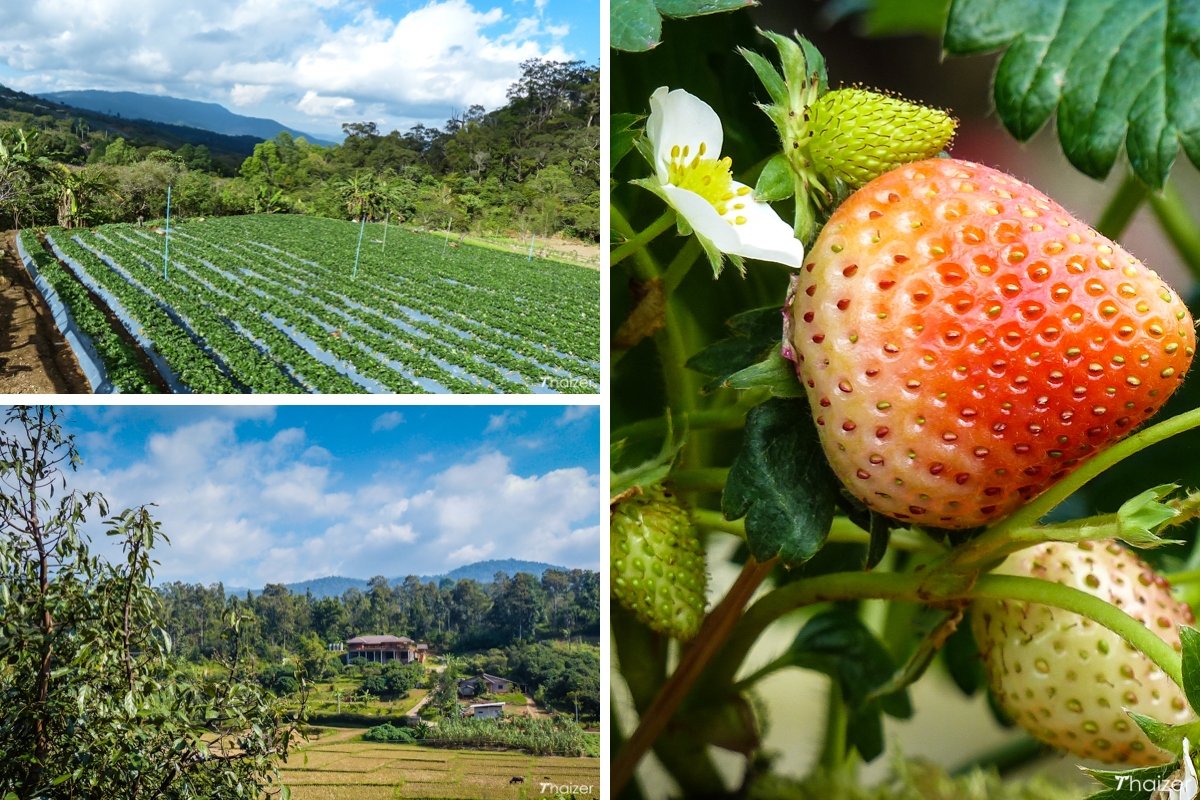 A day trip to Doi Inthanon can easily be arranged at any tour office in Chiang Mai. A typical trip may involve a stop en-route at the small town of Chom Thong to see the wat there (which dates back to the fifteenth century) before going on to Doi Inthanon. There is a national park entrance fee of 300 Baht for foreign visitors, but this is normally included in the cost of your tour (ask when booking). Most tours will stop off at one of the waterfalls, usually Vachiritharn Falls or Siritharn Falls, before having lunch and then venturing on to the summit and the royal chedis. It can get chilly at the top of the mountain, especially during the cool season from November-February and it is advisable to wear long trousers and take a light jacket or jumper/jersey.

My City Hopping Trip in Europe

Thailand declares COVID-19 a dangerous contagious disease: what it means to tourists?

21 Things To Do in Koh Phangan, Thailand