At the ticketing stand guides and drivers stand in loose groups, warming themselves with glasses of hot tea, while finishing the safari formalities. Two women break away from the male-dominated crowd—a Gond forest guard, Laxmi Maravi, a ‘Green Teacher’ awardee at the 2019 Sanctuary Awards, and 23-year-old Madhuri Thakur, one of the two women from the nearby Mandla district to have been employed as a safari driver in the park. As the clock strikes six a.m. activity stirs at the gate. Laxmi hurries back in line to accompany one of the safari vehicles as a forest guard, and Madhuri swings into the driver’s seat of the Gypsy she operates for Asteya Lodge—just like that, Kanha is open for business.

Driving in a national park requires an advanced set of skills: the ability to tackle the testing terrain, a strong familiarity of wildlife behaviour, and a deep understanding of the park’s geography. In Mukki, it was never considered something a woman should, could, or would want to do. However, through an initiative by the Mukki Forest Department, an automobile company began offering driving lessons to select candidates. When S.K. Khare, Assistant Director of the Mukki Zone, asked Madhuri if she’d like to attempt it, she embraced the chance to learn something new.

By that time, Khare had already helped faciliate a powerful women’s workforce at Mukki. There were six female guides, one forest guard, and 10 tribal women operating the forest canteen, all from villages within the forest buffer. After the female candidates finished their lessons, Khare reached out to everyone from Gypsy owners to field directors and forest officers, to see if there were any available employment opportunities. “Madhuri is a local woman, and we should give her a chance,” Khare reasoned. That chance came in the form of a safari driver position. 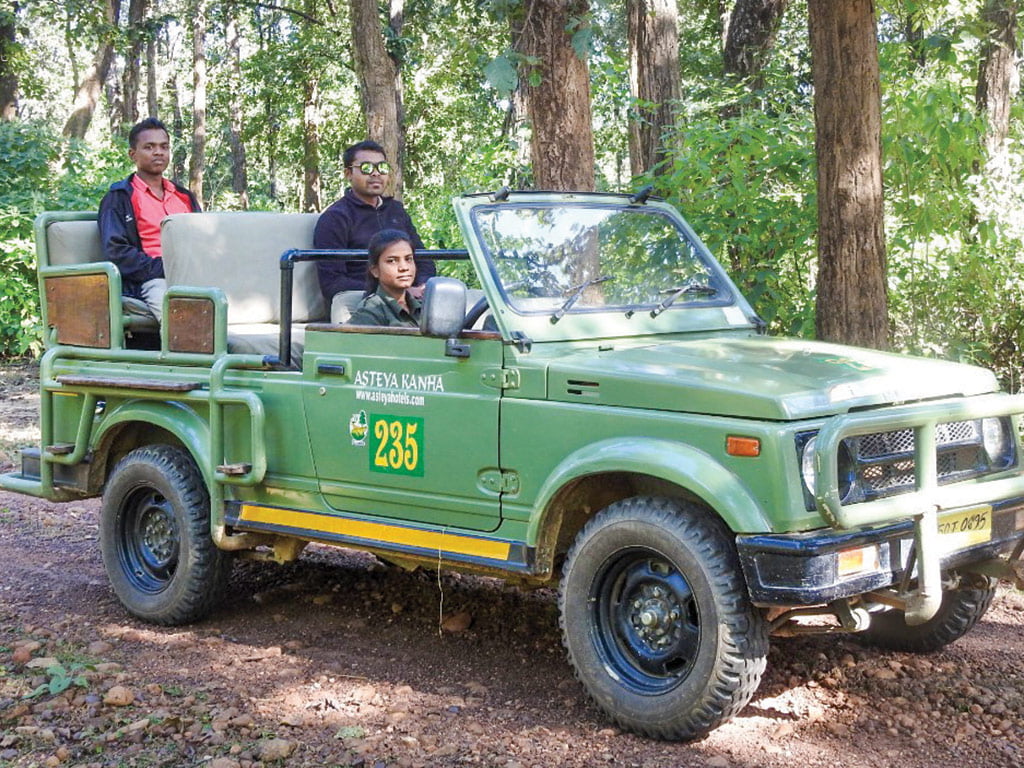 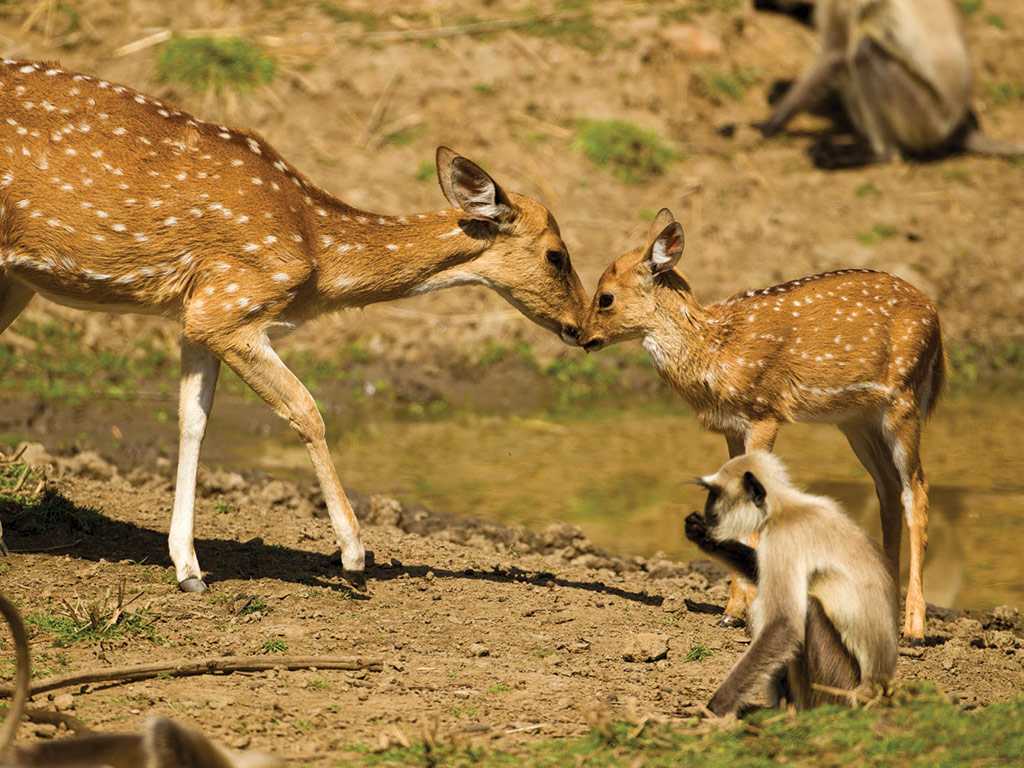 Despite resistance from Madhuri’s extended family, her parents, emboldened by Khare’s guidance, stood in support of her decision. Her mother, Neelam Singh Thakur, who’d never even seen a woman ride a scooter, believed in her daughter’s abilities instinctively, and was the deciding vote to send Madhuri to driving school. Her father, Gulzar Singh Thakur, was once a forest guard himself, and while he had his reservations, his familiarity with the work she was training for contributed to his support.

After four weeks of training, Madhuri was given the opportunity to be a safari test driver for four months. She was understandably nervous, fearful of oncoming traffic on the roads, and of coming in close proximity to a tiger in the forest. “The first time we sighted a tiger when I was in the driver’s seat, I could not gauge the distance I should keep from it, nor could I anticipate his movements.” If you’ve been on a safari anywhere in India, you’ll know exactly what she means. Once a tiger is sighted, something akin to hysteria ripples through the crowd. Everyone wants a front-row view, people stand up, holler, cars reverse and move into impossibly narrow space—it’s almost a circus. It’s an unfortunate circumstance in a business where seeing the ‘elusive stripes’ is the only parameter of a successful safari for many people.

Now imagine the immense pressure such a sighting has on the person driving the vehicle. 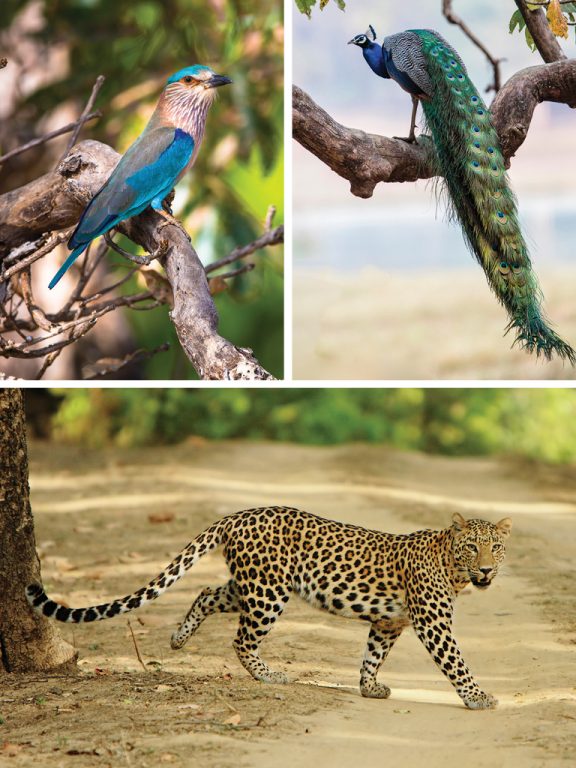 Fast forward to three years’ experience on the job, and Madhuri is confident at navigating the forest, her colleagues, and the visitors. At the start, support from coworkers could be a scarce commodity, some drivers “advised” her against the job for her “own good,” telling her she wouldn’t be able to manage it. Often guides would get impatient with her in front of guests. “I was just learning, and it was not easy to hear those things. Now I am more confident. Everyone is encouraging now, they make space for me at a sighting and even show me how to handle turning the vehicle in a hurry.” She finds it heartening that guests are largely supportive, but adds, “Because of my small frame, I still get a lot of, ‘Tum chala logi gaadi? Aapko kisne license de diya?’ Initially, I would get upset, even angry, but now I smile and ask them to see for themselves.”

With succour from women who helped pave the way for her (including her employer, Ratna Singh, who started out just like her) and her community and parents, Madhuri stands tall at her place of work. Her father, who would accompany her to the Mukki sector’s gate on her initial drives and wait outside until she was done, had the opportunity to watch her work for himself. He was assigned as guide on one of her drives and remembers being filled with pride as she expertly drove through the forest, speaking to her guests with aplomb, nodding to her colleagues as they drove past. “We saw two tigers that day,” he smiles, “we make a good team.” He adds, “It’s not just the fact that she’s a pioneer; she manages her expenses herself, and shares my burden of home expenditure. I could not be more proud of this.”

Madhuri is determined to further her passion for wildlife; she is training to be a naturalist. “I know this forest, but I want to understand it now, and that means studying the movement of animals, birds, plants, and seasons. This is what I love— introducing my forest to outsiders and passing on the wonder of seeing the wilderness.”

To read our archive of issues dating all the way back to 2012, head to Magzter or our new National Geographic Traveller India app here.

The Unexpected Feeling Episode 8: Old Wisdom and the Sea

Marari or Alleppey-Which is the best beach to visit?