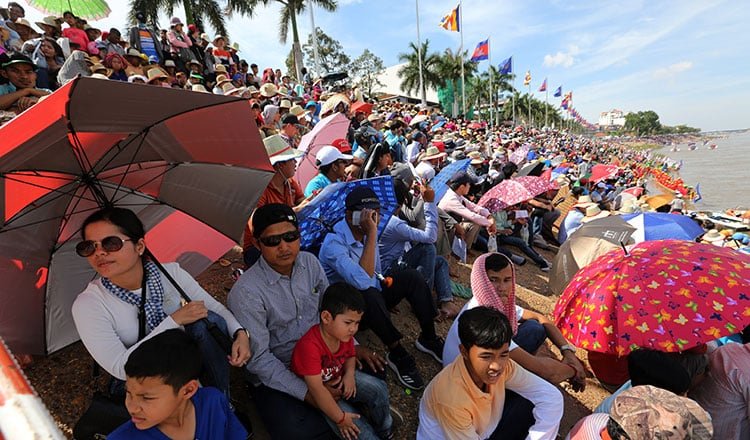 Sky King Travel and Tour CEO Sok Kunthea, told Khmer Times that for the three-day Water Festival and for end of year tour packages, her company saw bookings from 30 groups of local tourists or more than 250 pax.

“The number of the Cambodian outbound tourists booking package tours through my company has increased to about 20 to 30 percent this year.

“This year, with the Water Festival, we saw very good package bookings. We have more than 30 groups and some among them have booked for travel dates that run until the end of the year.

She said some Cambodian tourists could spend up to $4,000 for two-week tour packages to Europe, US and Australia, while they would spend about $500 to $600 for a tour package of a week to Singapore and Malaysia.

“Our economy and the living standard of the people is better, therefore, they are able to pay for long haul destinations, while, they are also aware of how to travel, how to apply for visa’s to those countries and so on,” Ms Sok Kunthea said.

“We saw slow booking growth this year compared to last year. We have about 10 groups, each consisting of 25 to 30 people. My customers visit the nearest places, .

Ho Vandy, , also noticed the demand for Cambodian outbound tourists during the Water Festival and for the New Year’s Eve is high especially on destinations like Thailand, Malaysia, , Hong Kong, Macau, Japan, Korea and a few long haul destinations.

Kong Sophearak, director of the Statistics Department of the Ministry of Tourism, said outbound tourism to Europe, Australia, and US is still small, adding that the majority of the people are flocking to neighboring countries like Thailand and Singapore.

He said there is no breakdown of figures from the new destinations.

According to the Ministry of Tourism, outbound tourism rose by 10.6 percent in the first nine months of the year.

From January to September, about 1.46 million Cambodian tourists flocked to foreign countries, compared to 1.32 million people in the same period last year.

Thailand’s art scene honours the traditional, embraces the contemporary, and celebrates the creative