I had already visited Lucknow a few times as one of my biggest clients was based out of this vibrant city. Though they were all business trips, I thought I had explored all the famous landmarks of the city – at least the ones I had read about online – in my spare time. In fact, it was only on my most recent trip that I truly discovered the essence of this city, following a decision to stay at the Renaissance Lucknow. What was different this time around was that I had my own Navigator to aid me in my efforts to uncover the hidden gems of this city.

Lucknow is a city steeped in history, and was a major seat of power for the Delhi sultanate, the Mughals, and finally the Nawabs of Awadh before being absorbed into the British Raj in 1857. It is not surprising then that the city is home to monuments from across India’s medieval history. As an amateur photographer with a keen eye for architecture – but no formal training in either! – I had of course made the customary trips to architectural landmarks like the Rumi Darwaaza, Baba Imambara, ChattarMazil and the Dilkush Kothi, and they had delivered when it came to stunning photographs. Thus, when my navigator Ashraf recommended we visit these places, I wasn’t exactly enthusiastic; while I do enjoy marveling at architectural monuments, was it worth a second trip? Turns out the answer was a resounding yes! For I had merely seen these structures from the outside.

Experiencing them with Ashraf afforded me extensive commentary of almost each and every facet of the behemoths before us. Be it his studied knowledge from historical accounts, the childhood legends he had heard, or the slightest betrayal of a sense of pride under his polished but extremely respectful Lucknowi tehzeeb, the history surrounding the monuments truly brought them to life, almost as though I were transported back in time to when the royals roamed these hallowed halls. 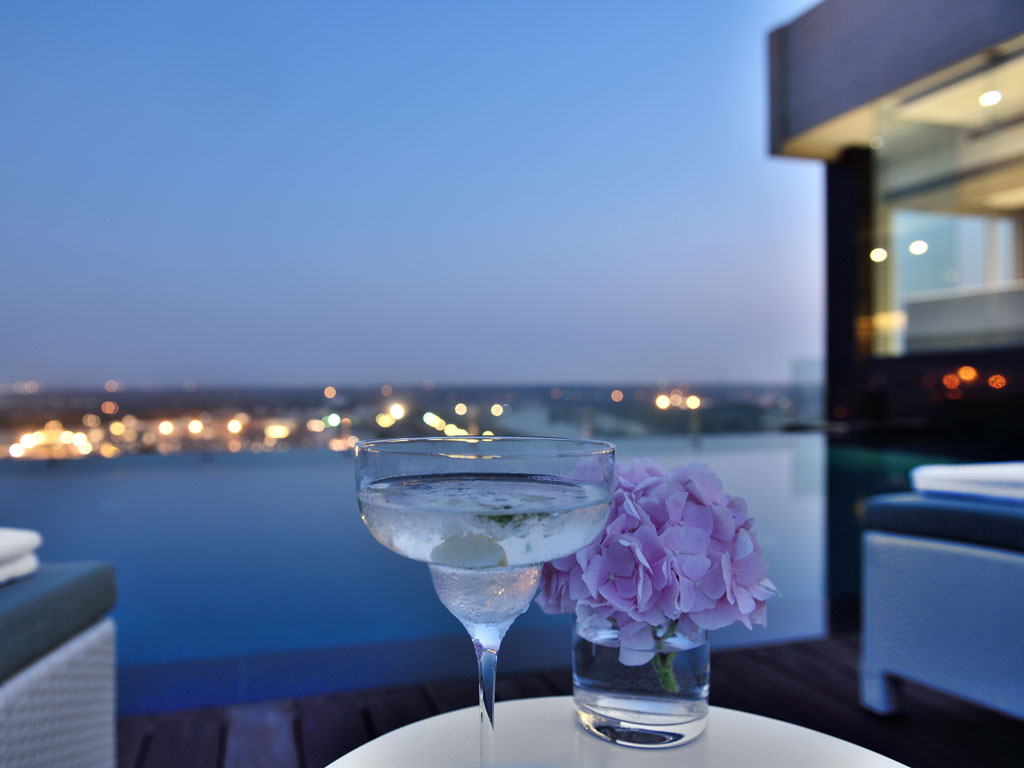 After devoting three hours of my full attention to Lucknow’s architecture, the walking had worked up quite an appetite. Almost on cue, I realized that Ashraf had led me to Hazratganj, the older part of the city, also known for its refreshing chaat, delectable kebabs and biryani. What followed was a gastronomic undertaking of utmost satisfaction. Through the narrow winding lanes of Hazratganj and Aminabad we ambled, stopping at each of Ashraf’s hand-picked establishments for a bite or two. It was almost like a specially curated and personalized food walk!

Somewhere between asking for an extra masala puri and marveling at the melt-in-your-mouth Tunday kebabs, our time in the rustic part of town featured legends about the origin of these trademark dishes, which were almost as interesting as the explosion of flavours in my mouth! At the end of what can only be described as one of the most enjoyable days I’ve spent in Lucknow, I was amazed at everything that the city had to offer. The fact that I had only scratched the surface on my previous trips confirmed the immense value someone like Ashraf could add to a trip.

Thailand offers nature and biodiversity Thais can be proud of, says WWF-Thailand CEO